In getting to understand picture book apps, we've heard from app developers about what it takes to bring their ideas to market. But what about the author-artists themselves? What's it like to see your illustrations and stories come to life as a digitally animated book? 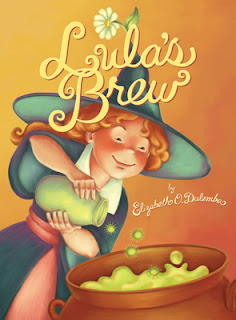 DotMomming reached out to Elizabeth O. Dulemba, author-illustrator of the darling picture book app Lula's Brew. Aside from illustrating over a dozen traditional books, she is the Illustrator Coordinator for the Southern region of the Society of Children's Book Writers and Illustrators, an adjunct professor of illustration at the University of Georgia, and also sits on the board of the Georgia Center for the Book. And we cannot overlook this incredibly cool resume footnote: she created the laser show on the side of Georgia's Stone Mountain one summer (which I think I attended back in 1991 when I worked for a South Carolina newspaper).

DotMomming: You have a strong background in traditional books and art, but you've begun to dip your toes in the land of picture book apps. How's the water?

Elizabeth O. Dulemba: Interesting. I've always been a bit of a geek -- taught myself html, do my own website, illustrate digitally. So when e-books came along, of course I was intrigued. I love that we have this new media in which to share our stories, often in interactive new ways. It opens even more possibilities for storytelling.

DM: Lula's Brew is a gorgeously illustrated book. What is your creative process in making your art? And how does it look to you on the iPad, Nook, and other digital formats?

EOD: Thank you! I usually start with pencil sketches which I scan, arrange, and then color digitally (mostly in Photoshop). I'm thrilled by how Lula looks on these devices -- exactly as I intended, with light from behind. The viewer can see every brush stroke, every nuance of color. Fantastic!

DM: How does this compare to the paper books you've produced? Do you prefer one medium over the other?

EOD: I originally got into this business because I love books. Paper and cardboard and color. I will never lose my love for the turned page. So while I love digital formats, I will first and foremost always want to hold a finished book in my hands.

DM: Can you take a moment to talk about the production process with Lula's Brew? How long did it take you to go from "ah-ha" moment with the story idea to "wow" moment when you could download the app? How does this compare with traditional?

EOD: Lula's Brew had a tumultuous journey. I actually created the story and the dummy years before. One of the illustrations even won me a Grand Prize in the SmartWriters competition. And although it got close, the story was never picked up by a major publishing house. When apps came along, I searched my archives for something that I could adapt, and Lula was the one. It had received great feedback, was short, funny, the sketches were done...

But with a Halloween theme, I had a short window in which to complete it. That was two weeks of late nights, and then I sent my files to my app developer. I did a voice recording in a mock sound studio at his house, he put it all together and submitted to Apple. The app was live two weeks later - just before Halloween.

Traditional publishing is a completely different animal. I usually have months to a year to illustrate a book, and of course, I don't have to record a soundtrack. I'm also working under contract with a publisher. The app was on my own.

DM: As an illustrator of traditional books and now with app experience under your belt, could you speak in general terms about profit margins. For a picture book to be deemed a success, it needs to sell about 10,000 copies. Lula's Brew, which was released in April 2010 and retails for $2.99 in the App Store, has already marked more than 10,000 downloads. Despite the lower price, are your profit margins better than for your traditional paper books? Can you elaborate?

EOD: Lula's Brew has done remarkably well in downloads, however the profit margin is still nowhere near a traditional book contract. It's done better than I thought, but I currently wouldn't look to apps as a true money-making venture. Especially now that the field is growing so crowded. The advantage I had of having one of the first picture book apps out there is no longer, so marketing is yet again the grand beastie challenge. 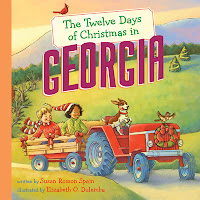 DM: Could you take a moment to gaze into your crystal ball? What do you see as the future for picture books in five, ten years? Of course digital does not have to wipe out print -- as with movies, there's still room for big-screen film experiences along side video-watching at home. Do you see the market preferring one over the other?

EOD: I do think digital picture books will cut into the paper book market, however I don't see it replacing it. Nowhere close. Picture books are still a child's first foray into reading, into loving books, and I don't think parents will be eager to replace that experience with electronic devices. Yes, iPhones are great on the fly, but not as much at bedtime. And the prices of various devices are still too high to make them accessible to all families.

I see the two media working together over the next few years, giving our young ones so many options, they become bigger readers than ever. Doesn't that sound nice?

DM: A worry I have as the mother of young kids is that picture book apps can sometimes blur the lines between book and movie, or even book and game. What are your thoughts about young readers and their early literacy experiences with apps vs. traditional books?

EOD: I agree with your concern. I think it's important for parents to introduce books not only for reading, but as a concept. The world flies at us these days, and children need to know they can find refuge in a simple book, in a story that uses their mind as the interactive element.

DM: What's next for you? Are you illustrating more picture book apps? Are you writing them as well? What about traditional books? What do you hope to be doing three years from now? 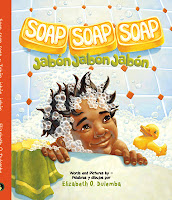 EOD: I don't have any picture book apps in progress right now. In my opinion, it's not efficient from a budget standpoint to spend time on them from scratch. It's just too dicey as to whether or not they'll earn enough revenue. Truly, I think the best use of the media is to bring out-of-print picture books back to life -- giving them a new audience. Although, I am curious to see how Lula's Brew does as a Nook Book through Barnes & Noble. Maybe that will change my mind. It's still too new to tell.

I currently have a new picture book dummy being shopped by my agent to traditional publishing houses, as well as a middle-grade novel. In three years, I hope to have them published and be creating more!
Posted by Kate Hannigan at 5:05 AM