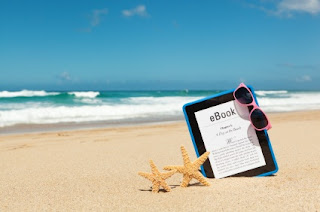 There has been a lot of news lately about e-books, and this week saw the announcement of a trial date for the fate of e-book pricing, as the Department of Justice will square off against Apple and two major publishers a year from now, on June 3, 2013. For consumers and writers, it's worth paying attention.

The original DoJ lawsuit had been filed against Apple and five major publishers, alleging a conspiracy of e-book price fixing as they tried to mount a battle against Amazon and what some call its "predatory pricing."

At the heart of the matter is the charge that Apple and the publishers worked together to get the e-book industry to rely on the "agency model" of pricing, and thus raise the price of e-books. This seemed to be their best defense against Amazon, which follows the "wholesale model" that allows it to price e-books far below what publishers recommend.

Also in this arrangement was Apple staking claim to "most favored nation" status, which meant publishers could not offer their e-books cheaper anywhere else on the web than the Apple Store. This move quickly translated to higher e-book prices for Amazon’s Kindle store. Three publishers -- HarperCollins, Hachette, and Simon & Schuster -- have agreed to a settlement that has drawn the ire of many in the industry. But the two others -- Macmillan and Penguin -- are staying with Apple and fighting the suit.

For those wanting to understand this case more fully, MacStories offers a helpful explanation of what's at stake and did a tremendous job breaking down the jargon. And, pointy-headed reader that I am, I found its simple graphics went a long way in defining the terminology:
Whether you see Amazon as an evil behemoth out to undercut any possible profit you could make off your book, or as a savior helping bring digital books to the masses at cheap prices, there is a lot to consider in this case.

This article from PCMag explains the week's developments -- framing what the issues are for both sides as the lawsuit moves to trial. Apple, which had sought an earlier trial date, denies the charges and says the company brought competition to the e-book world where Amazon did not. But says Attorney General Eric Holder in bringing the collusion charges, ". . . we believe that consumers paid millions of dollars more for some of the most popular titles."

For the long view, check out indie e-book distributor Smashwords, which offers an in-depth look at the case, with both the short- and long-term effects, and what it means for authors (it has published more than 130,000 e-books) in its article written back in March 2012. "Ever since we adopted the agency model," the article states, "I had faith that in a free market ecosystem where the supply of product (e-books) exceeds the demand, that suppliers (authors and publishers) would use price as a competitive tool, and this would naturally lead to lower prices."

And for some interesting perspectives, GalleyCat features strong opinions about Amazon's actions, U.S. News says price fixing could hurt Apple, and the Consumer Federation of America's top spokesman says critics of the DoJ lawsuit "are engaging in a luddite rant against change."
Posted by Kate Hannigan at 1:28 PM