Part 2: Behind the Scenes With 'Bobo'

This is the second part of dotMomming's interview with Juraj Hlavac, the man behind the ground-breaking app Bobo Explores Light. Look for more enriching, educational apps from him and his development studio GameCollage.

Juraj Hlavac: I can see GameCollage going both ways. Both The Little Mermaid and The Three Little Pigs were stepping stones in understanding the technology and developing a framework as a basis for future apps. In that same vein, Bobo is a stepping stone to the next thing, whatever that may be.

My personal passion lies in education because I believe that so much more can be accomplished in that space. The problem, up until now, was that technology and education were always somehow incompatible. Either technology was too expensive or too cumbersome to be integrated effectively in the classroom setting. However, that's quickly changing. A teacher can invest into an iPad for only $300 and kids walk around with their parents' old iPhones in their pockets. The proliferation and the portability of these devices means that the classrooms are more ready now than they ever were to experience software that actually makes a difference in not only how kids learn, but how they approach learning.

So, to answer your question, I'm less concerned about whether the next set of stories will be adaptions of existing content or something entirely new, as long as they keep exciting and inspiring kids to read and to learn. 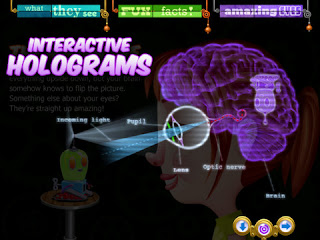 DM: Bobo was a great example of high-minded book creation for kids - packed with information about big science concepts like how light works, how the eye sees, and so much more, it was full of quality learning. But the way kids could interact with the information and mess around with the app tools was what made it remarkable. It represents some of the best of what digital learning can be. So there's a high mark. But on the other side, you're also making games like Pop Fizz Gold that offers "hours of relaxing fun." So what are you guys? High or low digital entertainment?

JH: Indeed, Bobo comes in a wake of other apps of smaller scope, such as the casual game Pop Fizz you mention. However, I see that as less of a conflict and more as evolution. I began GameCollage in the spirit of exploring new technology and understanding what apps are and what they can be. To borrow the analogy I mentioned earlier, they were all stepping stones to the next thing. As I progressed through this journey, I gained some valuable skills on how to write code for the iOS devices as well as inside knowledge on how to harness the power of the app store.

To that effect, all the other apps I've published earlier are not so much incongruent with the current goals of GameCollage as they are a nostalgic testament to the journey I took to get here. Plus they are still fun games that people enjoy, so I keep them current in the store. 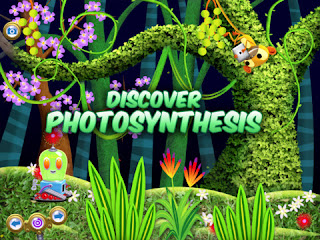 JH: At this very moment we are finishing up a fairly substantial Bobo update that will make the app harness the new iPad retina display. After that, stay tuned for the next big thing. When the time comes, I'll announce it on Twitter (@GameCollage) as well as on the GameCollage website.  Consider yourself warned.

In all seriousness, this has been a great and extremely rewarding journey for me and I'm excited to keep evolving. With a bit of luck, the hope is to keep bringing more richness and value to the apps available to all kids world-wide that, in their small way, make a difference.
Posted by Kate Hannigan at 6:08 AM