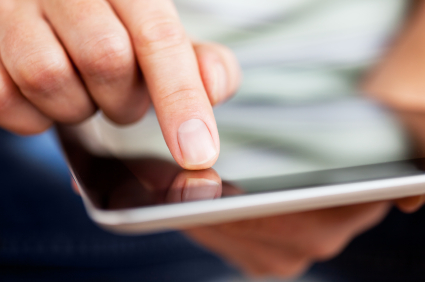 I wanted to share an interesting post over at Wired's Geek Dad about the future of apps for children. The author, Daniel Donahoo, talks about a push toward app development for children that is purposeful rather than just profit-driven. And while it might sound like an idealized world he's seeking, it is one worth striving for: quality products geared for kids that can harness all that finger-tapping energy for good.

Donahoo imagines "medium-sized independent and corporate developers of children’s apps existing side by side, all pushing each other to produce better digital tools for kids' learning and development. But I believe it has something to do with the crowd and also educating and supporting parents to make the best consumer choices and to support a breadth of apps and digital tools – not just the same old franchised apps from movies and books that we see everyday."

A key point Donahoo notes, among many, is pricing. "If we are to sustain the vibrant and dynamic number of children’s app developers we need to move beyond the 0.99c app. Consumers are currently downloading content for children that is at bargain basement prices and the problem is that could drive some of the key innovators out of their own development studios and over to larger players, or away from children’s apps and into more profitable digital arenas."

I think of this as the Organic Milk Approach. I pay a little more for organic milk because I believe it's better for my kids' developing brains and bodies, I want to support organic farmers and keep them in business, and I want to ensure that higher-quality products like this stay in the mainstream market.

After my first-grader asked me just a few days ago to wake him up at 5 a.m. so he could harvest his Smurf pumpkins -- and purchase a few Smurfberries too -- two Manifesto items hooked me right away:

Posted by Kate Hannigan at 5:05 AM